We have just got back from Amsterdam. Not the whole family, just Steve and I. We were away for the whole weekend. Child-free! I know, I know. How lucky was that?

Actually lucky isn’t the word as this trip has been planned for about two months. The children would have a fun weekend with the grandparents whilst I would fly out, meet Steve at the end of his work meeting and then we would revel in our child-free state, frequent a ‘Cafe’ and revisit our mis-spent youth. Or something like that.

The reality was a little different as neither of us had a particularly mis-spent youth (at least not in a doped up, floating on invisible clouds kind of way) and there was way too much to see in Amsterdam for us to risk wasting our time in a sickly haze.

An adventure of this kind always starts at the airport initially recovering from the stress of getting packed, getting the children packed for their own less exotic adventure before being sent to school, then there’s the imparting of instructions to the Grandparents (because of course they have no experience in looking after children do they, despite managing to successfully raise three of their own). Finally at the airport, once you get through the traumas of being patted down by border security, you can sit down and take stock of what you are actually doing. I mean, flying off to another country, for a whole two nights, leaving the children with grandparents. What was I thinking?

What if something happened? I mean, I was flying into Schipol, one of the busiest airports in Europe, if not the world. Schipol is the hub for flights to and from everywhere. If terrorists were going to target anywhere, surely it would be Schipol?!? Well, at least it was just me, so if anything happened the children would still have Daddy, and their grandparents. It’s ok. This was my train of thought as I made my way to the departure gate, and as the aircrafts engines revved and accelerated along the runway, gravity pushing me back, almost allowing the seat to swallow me whole.

Mercifully the flight from Bristol to Schipol is a short one, a mere 55 minutes of flying time, and so I didn’t have to torture myself too long with the what if’s before touch down grounded my irrational thought processes. Arriving at Schipol and after meeting up with Steve we headed out to the bus that goes from Schipol into the centre of Amsterdam for €5 per person. We were staying in the Museum District and the ride took us just under 30 minutes. The hotel was basic but in such a great location, sandwiched between Christies auction house and the Concertgebouw which is in turn a short walk from the Stedelijk, Van Gogh, Moco and Rijks Museums. It was ideal for our stay. The Conscious Hotel’s receptionist was lovely and helped us to reserve a table at Bar Carter for dinner that evening. Bar Carter was packed, and the table, outside, was tiny, and it was there that we revelled in our child-free state. Marvelling that we felt comfortable and just a tiny bit sorry that the children weren’t with us (don’t worry we rapidly got over that thought as we ordered another glass of wine!).

After a terrible nights sleep (the room was incredibly hot and there was no air-con) we headed out into the early Amsterdam mist and over to the Van Gogh Museum. I’m not a big fan of his works but a couple of years ago T had studied him during an art session at school and came back hugely enthused by the Sunflowers. On our #LoveLondon tour we saw this painting in the flesh and I came away with a fresh perspective on Van Gogh and so I was eager to see more originals of his work. The Van Gogh Museum in Amsterdam is a huge modern affair arranged over four floors carrying not just works by the man himself but also paintings by his influencers and the people he influenced, Monet, Matisse, Kandinsky.

We visited early in the day and I was glad we had as by the time we left a couple of hours later it was becoming more difficult to get close enough to the paintings, to read the information and to enjoy the experience. The museum shows how prolific Van Gogh had been during a relatively short period of time, my favourites being a drawing of a pair of old shoes, the gorgeous Almond Blossom and the beautiful, almost sparkling, Vigil. In London the colours used in the Sunflowers had made the painting almost ethereal, luminous in its beauty despite the shrivelling subject matter. I had suddenly understood what all the fuss was about and yet in Amsterdam the Sunflowers didn’t possess the same qualities, for me it was the Vigil, the oils were zinging from the canvas, as though lit by a thousand candles, it was simply gorgeous.

After our hit of culture we headed out and got a coffee whilst we debated whether to go to Moco for a Banksy Exhibition, the Coster Diamonds or a stroll to the Red Light District via the Flower Market. After deciding it would be a bit weird to see a Bristol Artist in Amsterdam, rather than Bristol, we plumped for the Red Light District and, whilst it was ‘interesting’ to see, the flower market was hugely touristy and rather disappointing, and the Red Light District left my soul feeling a little bit grubby and rather glad that the children had not been with us. You can just imagine the questions they would have asked and to be honest the answers weren’t ones I would want to give 8 and 7 year olds. Eek. We worked our way back to the Museumsplein, with a minor diversion watching the boats motoring along the canals, before taking the advice of a friend and whiling away an hour sipping a couple of beers. That evening we headed back to a little Italian restaurant we had spotted on our walk to Carter’s the night before and had a lovely meal rounding it off with an ice cold Limoncello, just to clear the palate you understand. 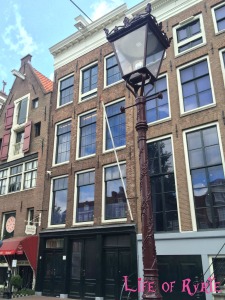 Sunday arrived and the knowledge that we would be returning to the UK in the afternoon gave an urgency to our decision making that morning. Up and out bright and early we followed the Prinsengracht canal, appreciating the sights and sounds of a beautiful city waking up on a beautiful late summer day; our destination was the Anne Frank House and museum. Sobering is, unsurprisingly, the only word to describe it. The diary of a young Jewish girl who hid for two years, with her family, only to be betrayed before dying at the cold heart of the Nazi regime. The house itself is fairly unremarkable. But that is what makes it so remarkable. The respectful silence that fills the stuffy rooms as you, and a steady stream of strangers, file solemnly through the house is almost electrifying. You start to wonder how the Frank family did it, but then you realise that if they hadn’t they would have died that much sooner and Anne would never have been able to bear witness to one of the most heinous events of human history, she would only have been another number. Anne fulfilled her dream of being a famous writer in those dingy, airless rooms. Tragically, she never knew that she had. After a somewhat emotional morning we headed off to a cafe to leave the Nazi ghosts behind and to take stock, coming slowly back to the here and now with the help of a Dutch pancake!

Later that afternoon we sat in the airport departure lounge ignoring our sore feet and reflecting on our weekend. Amsterdam is a surprising city and one to which we would definitely return, but next time, perhaps, with the children. 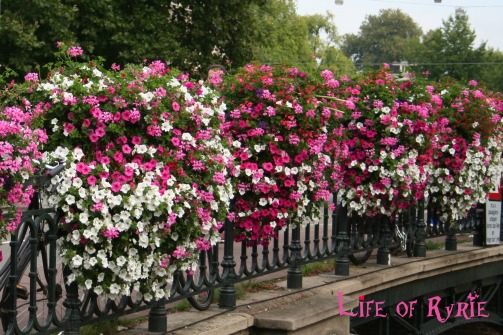 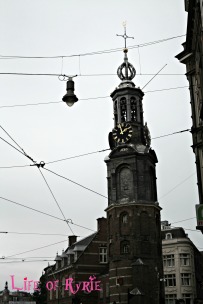 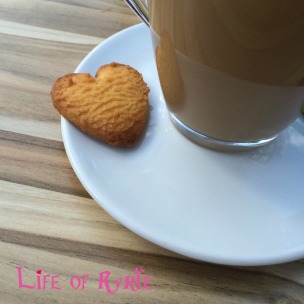