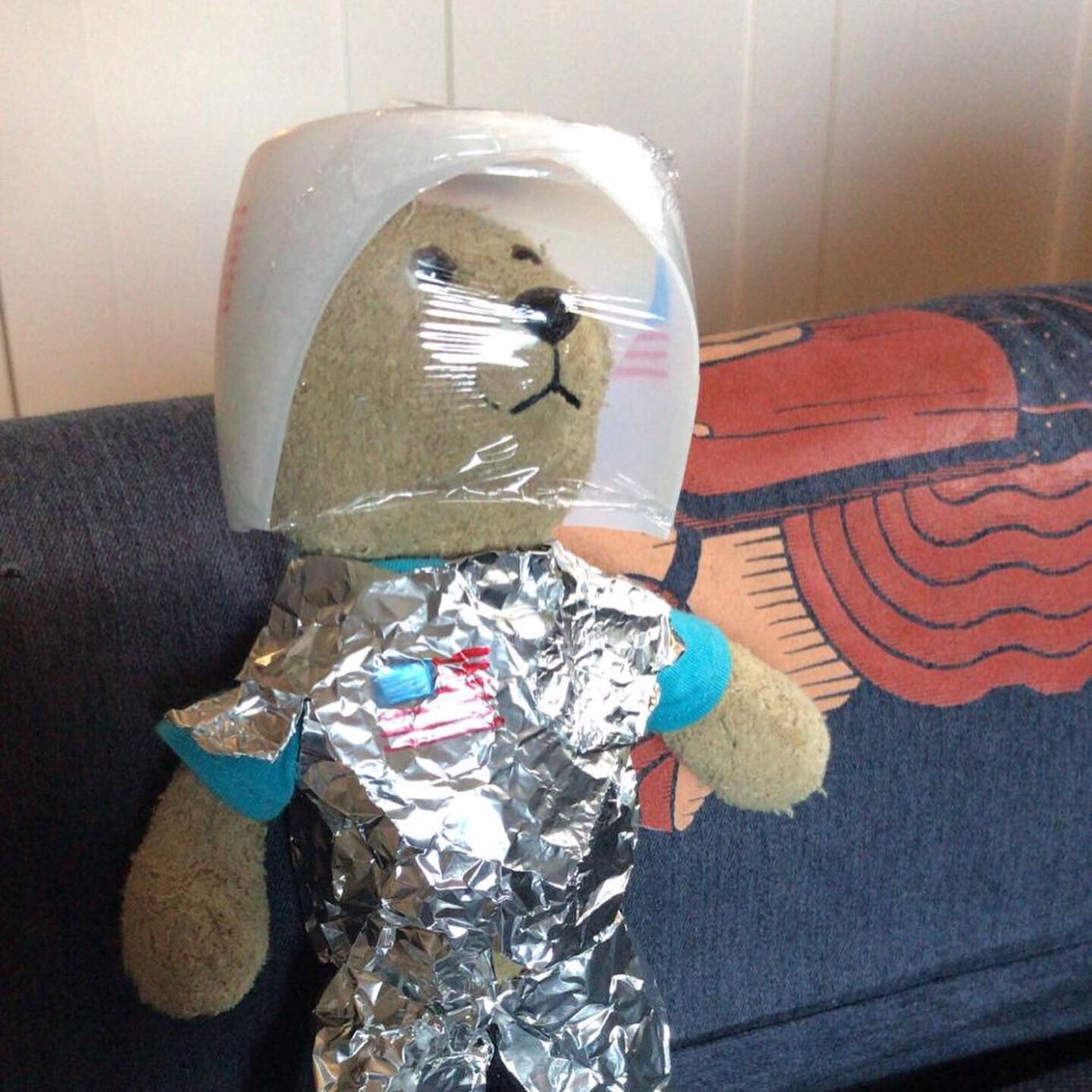 Ah, English Summer Fetes. What a beautifully eclectic variety of weekend entertainment. From the gently frustrating Hook-a-Duck, the aggression venting Splat-the-Rat, the pocket fleecing raffle (none of the prizes you actually want to win but you still buy a mass of tickets anyway) and the Teddy Bear Rocket Launcher. All the old favourites. But, wait, what was that? Teddy Bear Rocket launcher??? Yes. Yes, my friends, you read that correctly. There is a new stall in the village (well the neighbouring one to be precise) where your teddy gets the opportunity of a lifetime – to become an astronaut. Yes. I know. 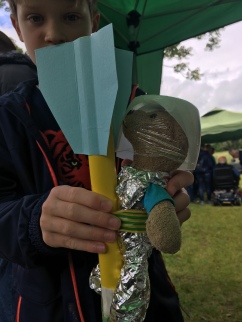 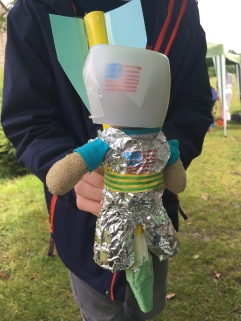 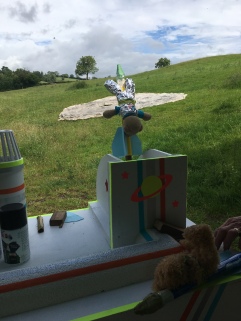 In celebration of the 50th Anniversary of the Apollo 11 moon landing Little Bear donned his space suit (tin foil and a washing liquid measuring ball thingy with a spot of cling film) and went for the ride of his life at the Litton Village Fete. He was attempting to recreate the moon landing (yes a big sheet can be fashioned into a moon) whilst he was strapped (rather unconventionally I thought) upside down to the outside of a rocket. Did he make it, um, well just watch and marvel…