Golden, russet, caramel, tawny, honeyed, verdant… how many colours are there in the leaf spectrum each Autumn?    On Monday the children had an INSET day and so off we trotted to appreciate the full spectrum at Westonbirt Arboretum and to make the most of the (very) late summer sunshine.  Considering that Autumn is really a season of dormancy, decline, decay and death, it ain’t half pretty! 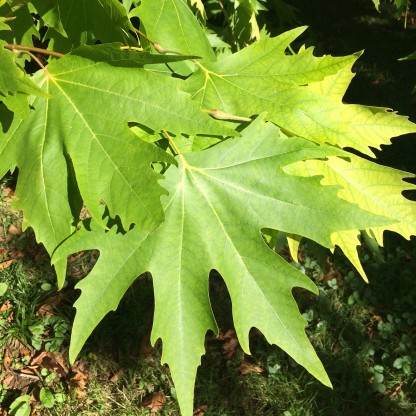 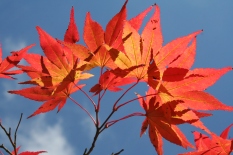 Trees also appear to be ‘having a moment’.  Last night there was a fascinating documentary about the life of a  400 year old Oak (now available on BBC iPlayer).  You can currently vote in the Woodland Trust’s annual ‘Tree of the Year‘ contest (until 12th October 2015) – the winner of which goes forward to compete in the European Tree of the Year.  You can also bring trees indoors with the plethora of soft furnishings, pottery, ceramics and the like bearing leaves, trees, branches and landscapes in an array of different hues, almost as plentiful as the amount of leaves we are crunching our way through on our trips to the Rec.

Westonbirt was beautiful.  We followed the Old Arboretum walk (a favourite of the Gruffalo’s by the way, possibly because dogs are not allowed along this trail) threading our way among a rich palette of colours from Acers, Oaks, Horse Chestnuts, Pines and Beeches among the mix.  Then, of course it’s not just about the leaves, some of the barks were spectacular in their own right telling of years past and history seen.  Silvery white in even the darkest areas of the wood, ghostly in their presence.

We ended at the Cafe which has a rather delightful play area for younger children, wooden (of course) equipment that included a pirate ship, fish stepping stones, a spider climbing frame and many others.  An ariel walkway is currently under construction at Westonbirt and, to be honest, I think that this will be a wise addition.  The Arboretum needs something else to offer the hoards of families that visit each year.  It has introduced an App for the digital generation, but surely when walking in a forest isn’t the whole point to leave technology behind and connect with nature?  Maybe I’m missing something.  Steve and I felt that the admission price (£9 for adults and £4 for children between September and November) was a little expensive for what is essentially a walk around a wood, which, let’s face it, we can do for free in so many areas of the United Kingdom.  Knowing that the money goes towards the Foresty Commission and the work that it does throughout the country in preserving forests and educating our youngsters about our arboreal(?) heritage did go some way to taking the sting out of the cost.  Just keep focussed on the falling drops of rainbow and then you won’t care about the cost, you’ll just want to hug a tree and be at one with the countryside. 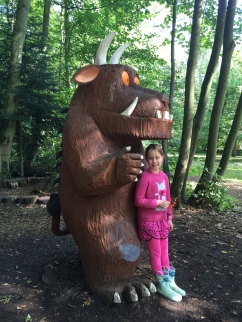 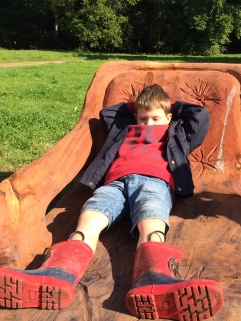 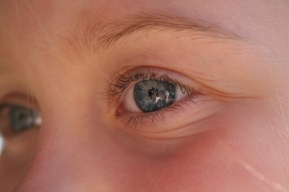 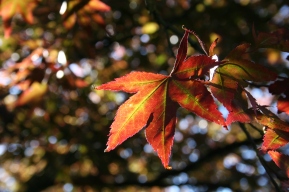 Disclaimer – all prices are correct at the time of writing (October 2015).  I did not receive any payment in exchange for this article (although if any brand, company or individual wishes to pay me for a post I’m more than happy to consider it!) and all opinions expressed are my own.